I'll tell you only about my biggest projects, because there were little ones, which aren't worth to talk about, too. Most of this projects I made as a beginner and I learned on my own from Youtube, so please don't laugh to hard about its crappyness.

I don't know whether there was a tutorial on it, however I made an airplane to play with materials a little and create sth relatively simple from bird and top view. 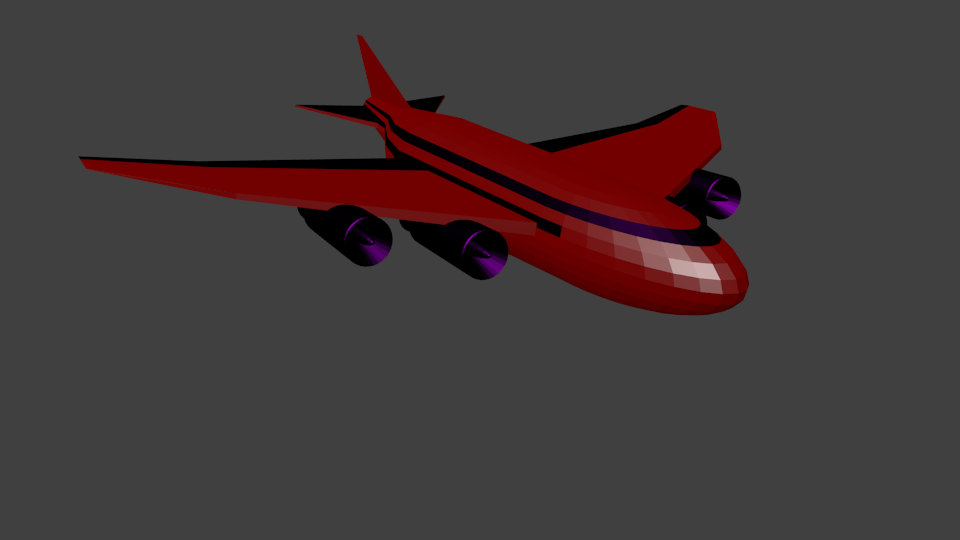 I wanted to make a car, maybe because of the project I'll present you below. As you can see I like(d?) these figures on the front. 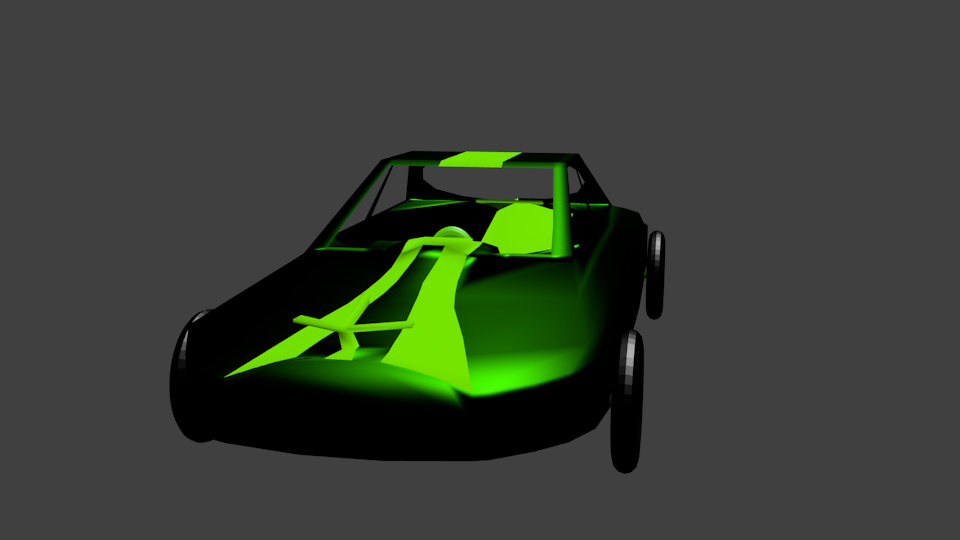 To make first things that move, I gave my sports car a wasd control and a street where you can drive until you're tired (it's an 8). It gave me a good impression about how to make games in Blender, and I decided pretty fast that I'd prefer to write games in code instead of nodes. 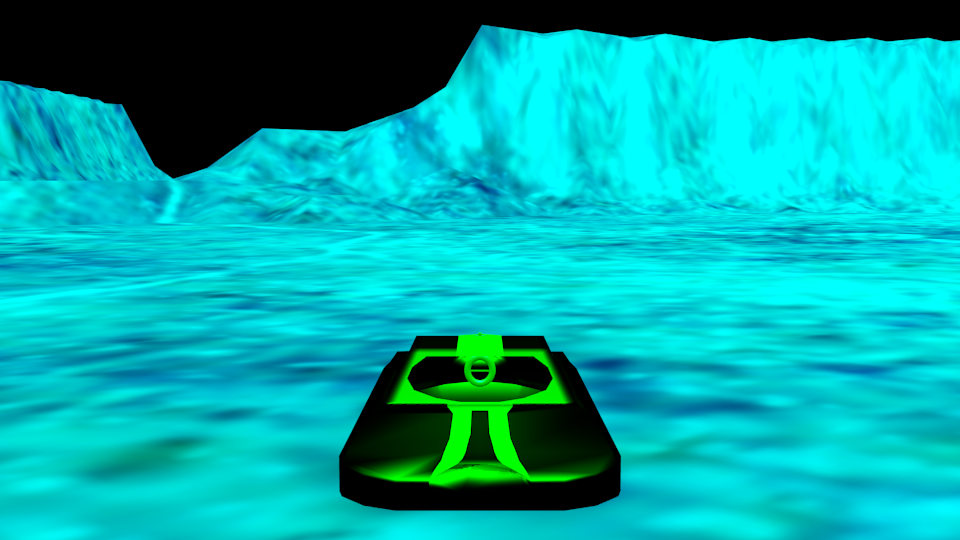 This was absolutely a tutorial about how to make a half realistic earth with atmosphere. I made it and it looked like this: 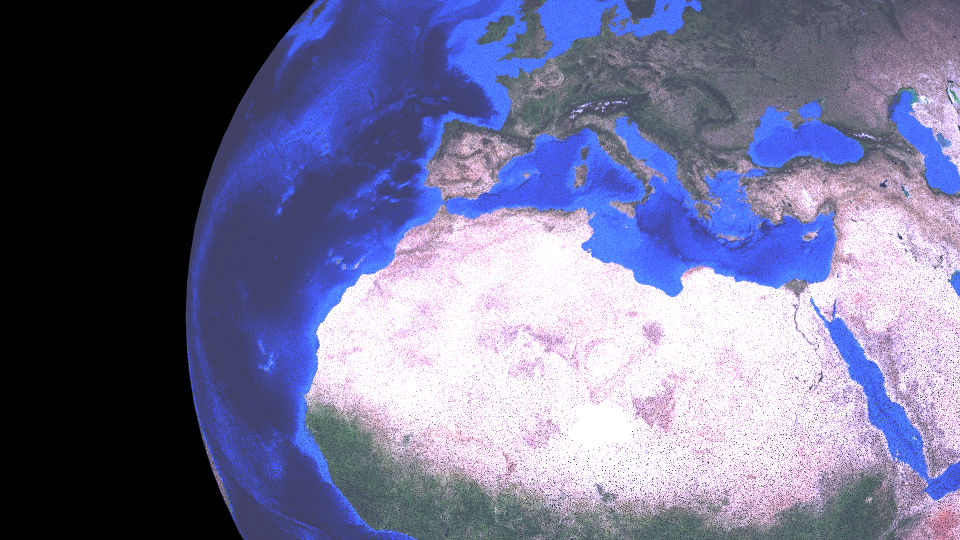 The little fox (kleiner Fuchs in my mother language) is a butterfly. The fox my favorite animal and I wanted to create a simple animal so I chose this one. It was created with bones so it could fly in an animation, too (3-4 seconds). As a particle test it lose magical orange 2x2 pixel square particles xD. It looked only half as stupid as it sounds. 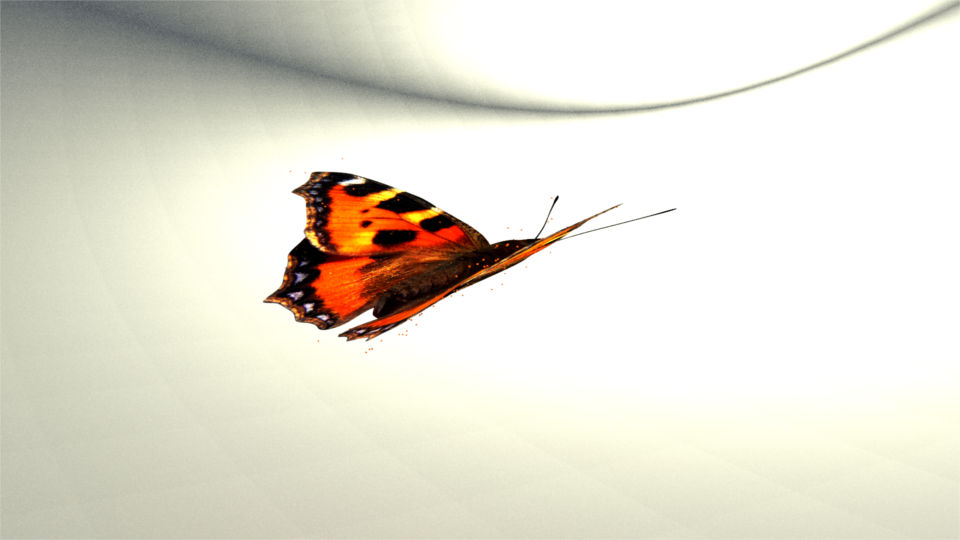 Later I used the same model to test my minecraft bukkit th3d plugin. 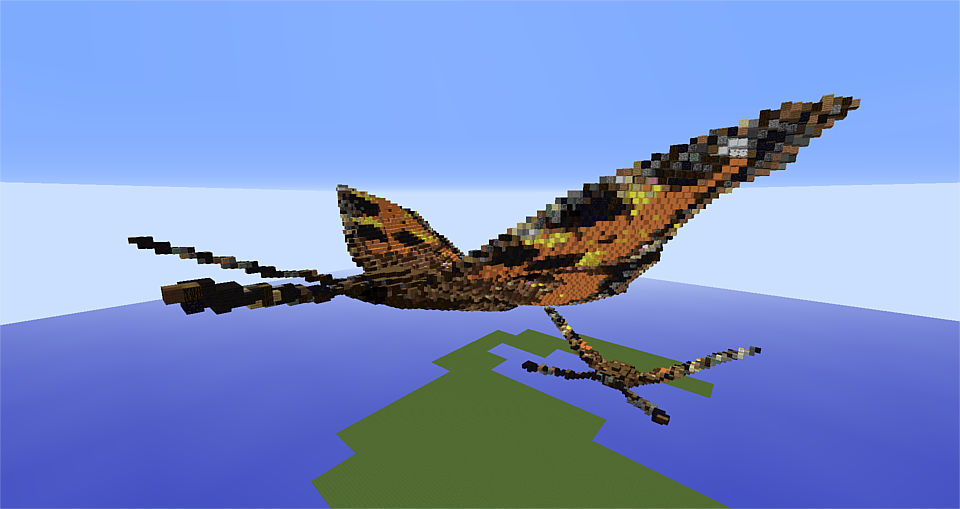 Ship and Tower of Alexandria

Later I wanted to create a little scene on a ship with tunder storm and the tower of Alexandria. The tower had a figure on top of all images I saw, so I needed a figure... But creating humans is very hard and nothing for me, so I chose a model from a free download site. She had no clothes, needed some, so I created her some :). 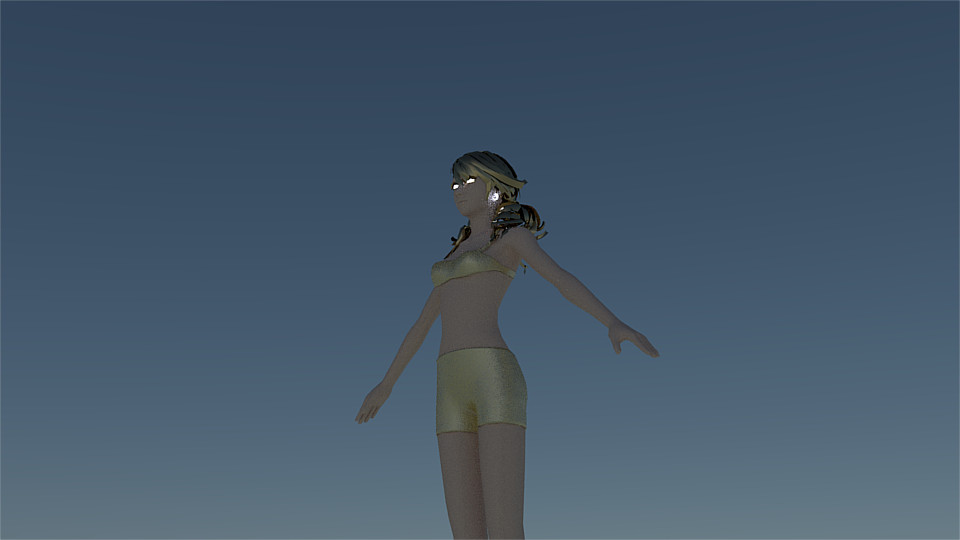 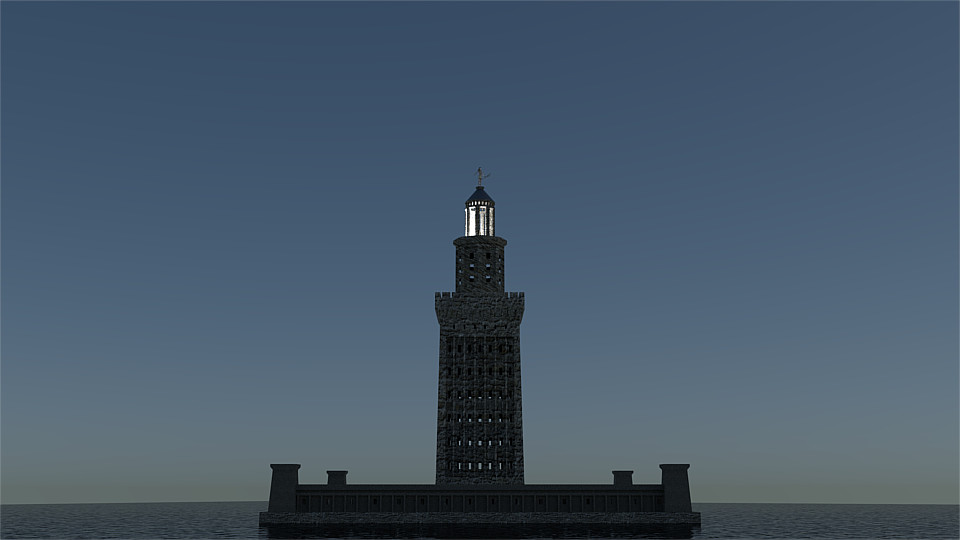 Finally it looked like this. However I had problems with the clouds, the fog and the horizon as you can see. Also the ship became a ghost ship because I was a little to lazy to create many details when you maybe even won't see it. 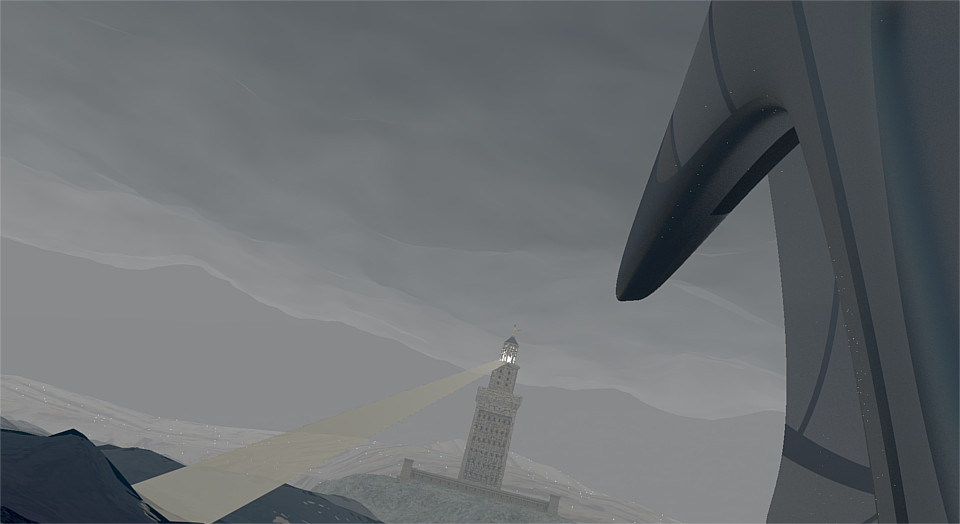 To give my model better clothes in a nicer environment, I designed and modelled for the woman new clothes. Around her I created a kind of sci-fi surrounding which makes her look pretty futuristic and gives her more elegance. I also created bones in her, but used them only very few, because there are ugly effects if you stretch a special part to much. This project was done in cycles as you can see and accordingly it has really nice shadows and lighting. Also you should see a development: I became better. 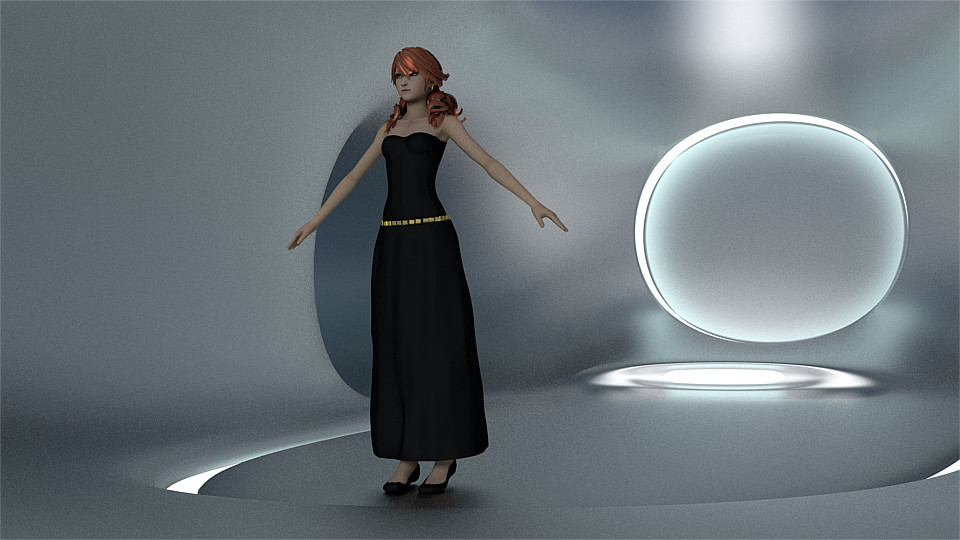 To test new things like normal maps, I created a new scene, same woman, a new crone. As you can see there is a bed out of ice with chisseled hearts in it. On it you can see the soft cover and fluffy pillows. Everything together in a room of ice! 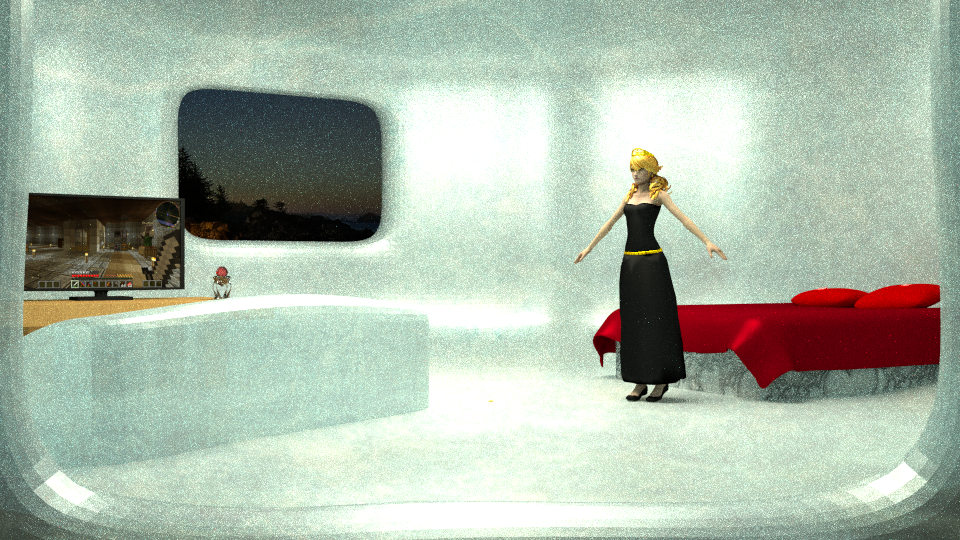 Sometimes I try my luck, and try to improve an old project to my current level of knowledge. In Summer 2019 I improved the ice room with friendlier colors, better rendering and pose, better color composition, etc.

In the video below, you can see the first image, but with smooth shading on the ice room. In the second one, Filmic Colors is used instead of the sRGB color profile. It already helps quite a lot. The third one is where I changed some colors, the pose, turned the TV off, ... .

Additionally the crystal finally got the spectral light, I had always imagined for it; I still was cheating, making it emissive.

The animation was done using some basic JS, and animating the shift left/right property of the overlay, then recording the result using OBS.